On Friday the 22nd of April, I found myself sitting – quite unexpectedly and in a state of great excitement – on a plane headed to the United States.

The members of the Australian Vaccination-skeptics Network (AVN) had provided me with an opportunity to represent them at a two-day conference and rally which brought together health freedom fighters, scientists and experts from around the world.

Unfortunately, my flight got in too late to attend the rally demanding Truth, Transparency and Freedom at the Centers for Disease Control (CDC) headquarters in Atlanta, Georgia, but I was able to make the dinner afterwards. At the dinner, I was able to meet and network with some of the leaders in our community – both giving and getting support for the battles we are all fighting against medical tyranny.

My first point of contact was a person that many of us know and admire – Marcella Piper-Terry. Marcella is the founder of VaxTruth.org and she is one of the most down to earth and amazing women I have ever met. She is a leader in our global community and was extremely busy helping to organise these events, yet despite this, she made the time to look out for and help me, a visitor from half-way around the world.

Marcella made sure that I was able to get in to the dinner and screening of “Vaxxed: From Cover-up to Catastrophe” and boy, was that a great documentary! I not only cried my eyes out, but I learned in-depth the details surrounding the CDC Whistleblower, Dr William Thompson. I can completely understand why the mainstream media and vaccine pushers do not want this movie to be seen!

After dinner, we heard from Ty Bollinger from the Truth about Cancer: A Global Quest video series. He played an excerpt from his series dealing with the issue of vaccines and cancer.

While at the dinner, I also met the lovely Michelle Ford from VIAL (Vaccine Injury Awareness League); Curtis Duncan, a holistic health expert; Minister Tony Muhammed from the Nation of Islam; and many, many more wonderful and inspiring people.

The next day was the education summit held at the Life University Campus and the line-up of speakers was truly breathtaking, very much like the beautiful campus grounds. I would love to be a student at this campus.

We started with Guy F. Riekeman, D.C., the President of Life University who shared with us the common goals that Life University has of empowerment through real health as well as his own personal story of loss at the hands of the medical system.

Then we had the amazing Dana Gorman from Thriiive.com, who spoke about Social Media and how to effectively utilise it to get our message across.

Then Dawn Richardson, Director of Advocacy for the National Vaccine Information Center, told us about their advocacy portal that has been so effective in empowering volunteers from around the country to  oppose legislation that would take away the right to choice.

Next up was Allison Folmar, the lawyer responsible for defending Mary Godboldo and reuniting her with her daughter when the Detroit Child Protective Services (CPS) tried to forcibly medicate her child and terminate her parental rights. I can’t tell you how comforting it is to have lawyers of Allison’s calibre on our side!

Following Allison was Dr James “Jack” Lyons-Weiller PhD, author, scientist and CEO of the Institute of Pure and Applied Knowledge (IPAK). He spoke on the magic that the CDC uses to assert that vaccines are ‘safe and effective’. His book, The Environmental and Genetic Causes of Autism, is out in November of this year.

Up next was the incredible Dr Judy Mikovits PhD, a biochemist and molecular biologist with more than 33 years’ experience. Her early work focused on cancer and HIV. She is best known now, however for her work looking at Chronic Fatigue Syndrome (CFS) and autism. She has published more than 50 peer-reviewed articles and on the day, she spoke about HTLV1 and acquired immune deficiency.

After Dr Mikovits was Curtis Duncan, a holistic health expert and EFT practitioner who has spent close to a decade independently researching health and wellness.

Then after Curtis was Dr. Nancy Banks a graduate of Hunter College and Harvard Medical School. She was a Galloway Fellow in gynaecological oncology at the Memorial Sloan Kettering Cancer Center. She spoke on the problems with research that has been done on molecules and viruses for example she said that science studies only 1% of a molecule and whether viruses are the cause or effect of disease.

The incredible Dr Brian Hooker PhD, PE was next. He is an Associate Professor of Biology at Simpson University in Redding, California, where he specializes in chemistry and biology coursework. I had the distinct pleasure and honour of speaking with him while he was waiting to do his presentation. Even though he is like a celebrity to us, he is so humble and dedicated and I am so grateful that I got the opportunity to speak with him. He spoke in detail about the scientific corruption at the CDC.

Dr David Lewis PhD followed Dr Hooker. He is an internationally-recognised research microbiologist whose work on public health and environmental issues as a senior-level research microbiologist in the EPA’s Office of Research and Development and as a member of the graduate faculty of the University of Georgia, has been reported in numerous news articles and documentaries from TIME magazine and Reader’s Digest to National Geographic. He also authored the book, Science for Sale in which he exposes the corruption in modern science. In his presentation he spoke about how the CDC and the EPA had also used the same corrupt processes to cover up the high levels of lead contaminating Michigan’s water.

Minister Tony Muhammed from the Nation of Islam spoke next and if you were watching the speeches at the rally protesting SB277 in California which removed the rights of unvaccinated children to obtain a religious or philosophical exemption in order to attend school, you would have seen his extremely inspirational speech! It gave a lot of us in our global community against forced vaccination renewed hope for the future!

Then we heard from a surprise guest – the man responsible for bringing Vaxxed to the big screen, Del Bigtree. Del was a former producer on the highly successful show, The Doctors.. Once again, we heard from a very talented, humble and down-to-earth person to whom we all owe a great debt of gratitude. His work has given our children a voice that the world will finally hear!

I can’t tell you how amazing it was to sit in the audience watching these knowledgeable, talented and courageous experts speak out for our children. It was like a dream come true! One day, I hope that we will see experts like these coming forward in Australia. Experts who are not afraid to speak the truth and who are willing to put their reputations on the line simply because it is the right thing to do. Hopefully we will not have to wait too much longer!

The most important thing to come out of this trip was to solidify ties with our friends in the US and to be able to share with them information about how we are suffering here in Australia. As a result, we will now be able to work closely with them in trying to bring justice to the people of both our countries and hopefully the world.

The second thing that was accomplished was an agreement to work on ways to finally bring the movie, Vaxxed, to Australia! I know you all really want to see it and, having viewed it myself, I can assure you that it will be a real game-changer!

I just want to thank our wonderful AVN members so much for making this possible. I feel that we can now join forces with our fellow international freedom fighters more effectively and help bring about a more global, unified and powerful fight against forced vaccination together. 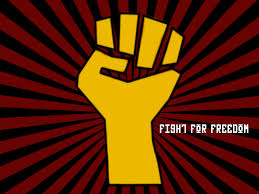